Until recently I was all for big change.  Make a huge shift, push forward, shake it up, scare yourself.  You get the idea.  But I’m starting to appreciate another way to build long term / lasting benefit.

Small change – but consistently.  The kind you can implement daily without massive resistance.  The kind that builds up over time and becomes habit.  The type that lasts and does not fade as quick as a UK summer (OK, this year was quite good).

I used to practice yoga for an hour and then do nothing for a week.  Now I practise fifteen minutes a day, six days a week.

Whilst the one hour session left me feeling good, the shorter yet consistent practice gives more overall benefit through the week.  Plus, it’s easier to get over that mental hurdle which stops me from doing anything! 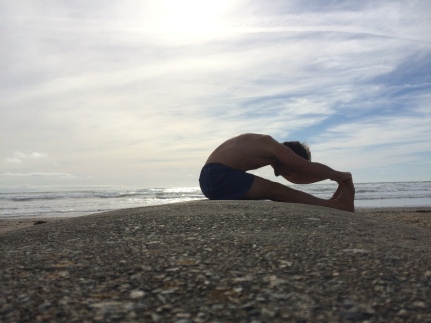 Another example is playing the guitar. Music is one of my passions and I can play a few songs.  But if I want to learn something new, I need to play ten minutes a day every day, and not one hour a week once a week.

This is also the way I approached writing and publishing my book Adventures In Happiness.

For months I wrote and edited daily.  Sometimes for an hour, sometimes more, but if i’d picked the project up once a week for an afternoon, I’d still be ‘writing that book’….

Instead, I’m able to share my story, hopefully inspire others (or not!), and I’ve got something to look back over in years to come.

Here’s a cool graph that I found on Instgram that shows it well.  Credit James Clear and Escape The City.

The graph shows the % better / worse from tiny changes over a year.  It shows there is much more to gain, than lose, from making small, but consistent, change.  I think that’s brilliant!

Have a good day.

5 thoughts on “The power of consistent small change.”