I really did intend to go travelling last November. Kind of a ‘final fling’ to wrap up this past few years of travel, change, and adventure. But, as usual, things didn’t work out as planned.

It was my own choice. I promised I would finish writing my book before I did anything new and I thought I was done in October, then November, then December. But I just wasn’t happy. I pushed even harder and, by Christmas time, I was completely lost with it.

I had read that writing a book takes an almost obessive approach. I didn’t believe it at the time but it’s very true. At least for me.

I left the writing for a while and started to think about future plans. My campervan is always an option for an adventure so I spent a week fixing all those little things that get left undone and booked in for some, what I hoped, would be minor welding work. 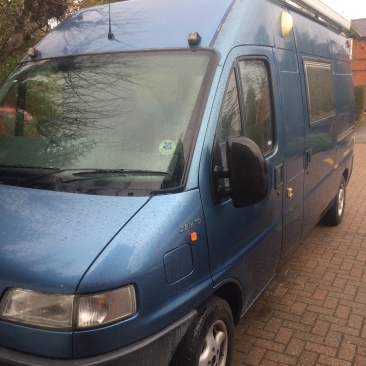 Then I got the call.

But it wasn’t. He was being dramatic. But the minor welding has developed into something substantial. As has the price. So I am re-evaluating my plans again whilst still living at my parents. This time with no transport to escape.

You can see the holes in the floor. Mainly cosmetic, not structural. It’s a good job I caught it now whilst there is something to weld to !!

In the meantime it’s back to the book and getting a cover designed. If it turns out well I will promote them through this site. These are a few draft designs. Not decided on which one to go for yet. I’ve also made a committment to a typesetter to turn my mss into a real book which is exciting and strange at the same time. 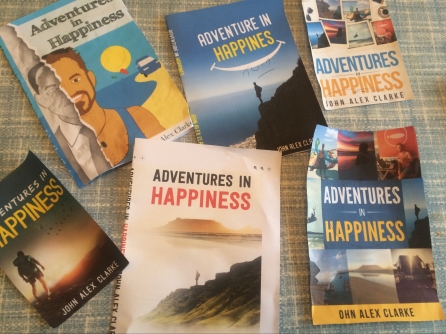 On a slightly more random note on my recent trip to Munich I was fined for not having a train ticket. It was a genuine mistake but the conductor was not impressed. I protested my innocence. He called the police. I was fined and then issued with a minor offence…..for not having a train ticket by mistake……I forgot about it until I received a letter in the post a few days ago, in German, to say all charge have been dropped……..seriously?!

(Thanks to Karin for translating and putting my mind at ease!).

2 thoughts on “Obsessive behaviour, ever changing plans, and holes in the floor. Plus a letter from Germany saying they have “dropped the case…..””