Thats me, top left, near the back 🙂 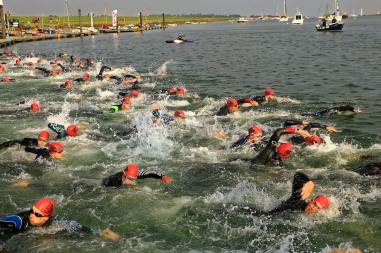 I had booked this way before I decided to leave my job and go travelling and half put it out of my mind whilst driving through Europe, but, decided to commit to it and managed to fit in some training whilst away.

I remember the sudden realisation that I needed to train hard when I was in Marrakech and went for a swim in a pool, and I was done after a few lengths……..not good!

The real kick start for my training was the detox I did in Tarifa, it gave me a healthy boost and helped to get a routine going with eating and training, and for me, was just what I needed.

The closest I have done to something like this before is a few 10km runs and a few 1/2 marathons a few years ago, however, my fitness had dropped off over the past few years but I know myself I train better when I have a set goal to focus on..…..and there is something for setting yourself a goal out of your comfort zone can actually help you to achieve it more than an average goal, as you will put in the extra effort needed if you want it bad enough…..

I didn’t expect to come anywhere competitively, but at an Olympic distance (1.5 km swim, 40km bike, 10km run) it was way out of my comfort zone and I totally wanted to finish strong!

I find training works best for me following a routine, and travelling is often anything but a routine…..especially if you are out late, drinking, eating, chasing the wind, moving on from place to place every few days…..so this became a challenge for me to find a way to fit training in, whilst still remembering I was in my van to travel and enjoy and experience the countries / places I was in, whilst trying to eat well, and have a life!

I actually followed a low carb type eating plan, which helped me drop some weight, and started to eat loads more protein and fats. I cut back on drinking to (almost…) nothing, and cut out all sugar and bread and whilst I felt tired quite a lot of the time, the weight came off quick – which as my dad puts it – is less to carry around!  Which when you are running 10km after a 40km bike and 1.5km swim has got to be a good thing right!

I hit the training quite hard in Portugal and managed to fit in a few sea swims, which was by far the hardest thing for me to get into, but I am very glad I at least attempted a few sessions.  Easier to manage was the biking, and I was finding I could get up early, get out a 8am, do a ride around and got to check out some parts of the country that maybe I would not see and still enjoy the rest of the day wherever I was.

I found that going for a run post bike a real killer for my legs, but it’s amazing how your body adapts to what you are doing, and after about 10mins of pain, you kind of get used to it and get into your zone!

In some ways there not being so much wind in Portugal became a blessing towards the end of the travelling as I at least had some energy left to move….. 🙂

Getting back to the UK was when the panic set in for me! I knew I wasn’t ready swim wise, and this being my weakest area I booked a months pass for my local pool, and was in there every morning from 8am swimming a mile, and then jumping on my bike and then doing a few runs. I also switched to a few HIIT sessions the last few weeks to get an extra boost! The body coach is good for this!

I also did some food prep as I wanted to eat naturally for this event, and not go down the route of sports gels, and sugar loaded energy drinks, so I made my own energy balls, which got some stick on the day……. 🙂

And took some chill time the day before, whilst taking my time to scope the course out.

What I found on the actual day was friendly people, who were super helpful with tips and advice, and everyone, even though it was competitive, was also very supportive to chat to.

The atmosphere was great, as was the weather, and the crowds that came along really helped keep you motivated!

I was lucky to have my family there to support me, which was a massive bonus for the moral support! (THANKS!)

As expected the swim was hardest for me, and I really struggled with the sighting and direction to go in – being used to following the black line in a pool – and actually ended up swimming to the bank at one point – to be asked by a safety man in a boat if I was alright!?!

The biking was OK (except getting stung by a wasp 15km in), and I was glad to have changed my tyres on my mountain bike to road tyres.  Out of nearly 260 people, there was only 3 of us on mountain bikes but for a first attempt I wasn’t planning to buy a new bike – after all it’s the person and not the bike…….(currently looking for a new bike!)

My strongest was the forest run, and I was glad to overtake people on this part, 1/2 of which had overtaken me on the bike! Except the second half of the run was on soft sand…….killer!

So at 3hr 7mins not a competitive time against the others and I think I placed 229 out of 258, but for me, 53 minutes quicker than I had planned and I was so happy with my personal result and just to finish strong!

Such a good day and well organised event, all for charity, and supported by volunteers. 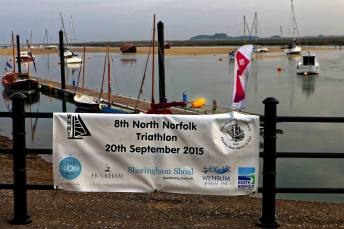 I got speaking to a coach from London who placed 11th on the day, and he mentioned for a first event, it’s a good one – a tough course with a sea swim, undulating bike route, and mixed terrain run through forrest and sand – maybe he was saying it to make me feel good – but either way it feels pretty amazing to have one under the belt and to be able to look back and think I achieved this.

Already looking for the next one to do………

1 thought on “September 15 – the trouble for training for a triathlon whilst travelling…..”