I needed to keep heading north so I aim, in the distance, for Chefchauoen. It’s a long drive so I broke it up right at the start by dropping onto the touristic route of an ancient cedar forrest and the barbary apes (monkeys) that inhabit the area.

I found the huge (but dead) famous tree, thankfully surrounded by a smaller, but living, forrest of cedars. 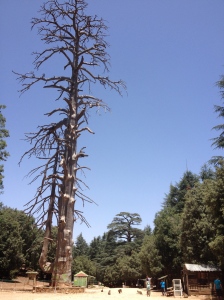 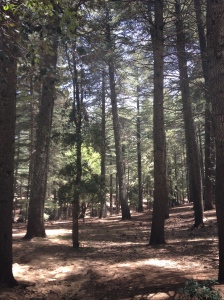 It was an easy way to spend an hour or so and the monkeys were not bothered by humans in the slightest. Within 30 seconds of me stepping out of my van one was on the roof of my van and another hanging from my arm…. 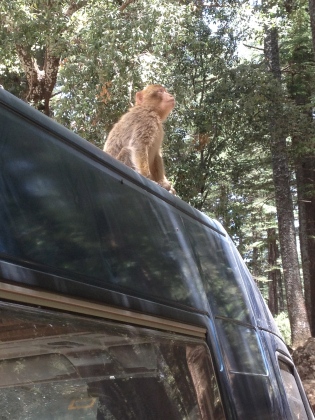 I did notice a family buy some monkeys nuts from a local and feed them to the animals, and then proceed to get stressed out when the monkeys jumped all over them for more 🙂

I then drove further North through Meknes, which didn’t stand out to me at first (more on that later) and stopped off at the Archaeological Site of Volubilis, which covering an area of 42 hectares, was once a Roman outpost and had some impressive vestiges and history.

I had not seen anything like this close up before so I found it interesting and another good way to spend a few hours touristing it. 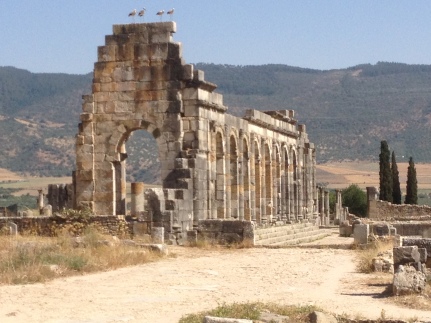 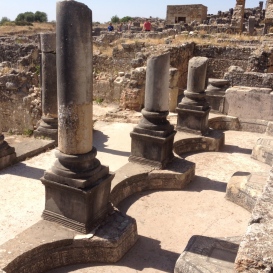 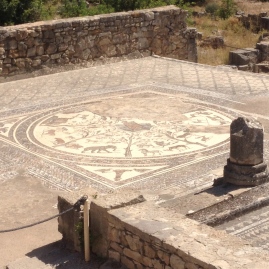 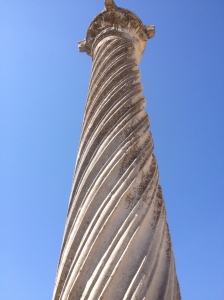 After driving in circles trying to find a campsite, google maps sometimes is good, sometimes is not, I found a place to sleep right near to Volubilis.

As I had (literally) no food, I waited until sunset and drove to the closest town of Moulay Idriss.  It had a very real / authentic Moroccan feel to it, and no tourists, helped perhaps by being into the first week of Ramadan. I leant (quoting wikipedia) that it was here that Moulay Idriss I arrived in 789, bringing with him the religion of Islam and started a new dynasty. In addition to founding the town named after him, he also initiated construction of Fez, which was continued later by his son. 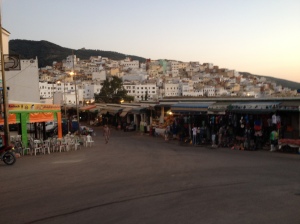 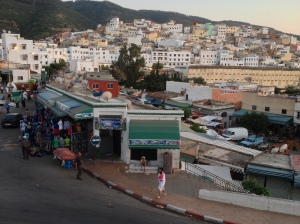 I found a small cafe selling soup, spicy bread, and dates. It was an authentic town atmosphere, and probably the least touristic part of my day.

I am aware I need to press on North but have just heard good things about the city of Meknes….