Up early and begin the long drive to Essaouria. Compared to what I am used to in the UK and 3 weeks in Spain I see lots of contrast on route, I am sure if you have been here before it won’t seem that much, but to see for the first time was pretty eye opening. 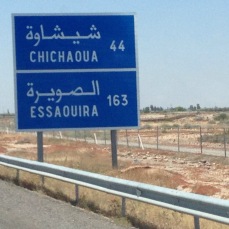 – Just after leaving the campsite I see a mid 20’s man lay motionless in the road, he had been hit by a car and was surrounded by locals. He was dead, poor guy.

– Locals taking the horse and cart to work.

– Some of the best and quietest motorways I’ve been on, complete with loaded trucks. Tolls were very very cheap. 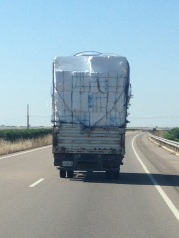 – A truck that lost control and buried itself into the central reservation, the whole family luckily climbing out unscathed.

– Small villages / towns, they don’t have much, but I hear are pretty resourceful.

After 6 hours driving I arrive in Essaouira pretty late on, but in time to catch my mate Tom who is on holiday here, and we hit the water for a late kite session, it’s gusty but good to get on the water.

So rushed I didn’t get any photos, but I am here for a while so not too worried.

I find a low key campsite, and we head out for food and drinks at a very cool roof terrace bar, getting chatting to a mix of people that Tom has met at his hostel, and start to get ideas together for the next few weeks.

I get locked out of my campsite again…..