A lot can happen in an hour or two.

This was the Transkei, and as I had been told about another backpackers (Bulungula), to stop at which was on route from West to East, I decided to stop and take a look.

Taking a walk around the village once I had settled in, it was because I heard music and singing that I decided to look into one of the homes.

As I did, I saw 40 or so women, singing, dancing, arms waving, and going crazy to the sound of a young boy clapping a pillow for a rhythm, and an old man, preaching and singing out a mix of words.

One of the women noticed me, and within seconds I found myself in the church, pushed to sit down on a plastic chair, and was able to play witness to the ceremony.

A lot of the women clutched pictures of young children in their hands as they sang and danced, and I later realised that the infant mortality rate was very high for the village and these were children that had been lost.

There was a lot of energy, emotion and expression, and hard to describe with words, but was one of the most intense things I have seen, in one of the most basic environments I have been in. 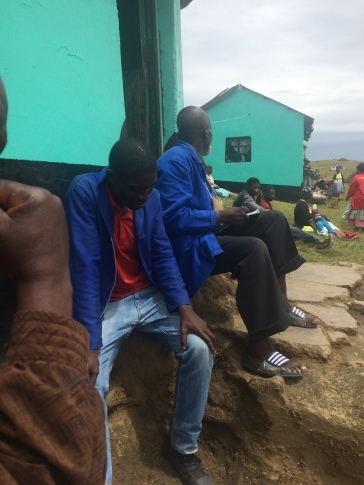 Once the ceremony had finished I was ushered outside and asked to say a few words in front of the village community, which was translated through an interpreter.

It was slightly awkward, and other than thanking people for allowing me to witness the ceremony, I tried to explain I was travelling through South Africa, and where I was from in the UK.

I have no idea what was understood and what was not, but everyone was friendly, smiling, and welcoming. A lot of backpackers come through this area, but I’m not sure how many end up in the church, especially out of curiosity!

And, you can sleep in a tent in the trees! 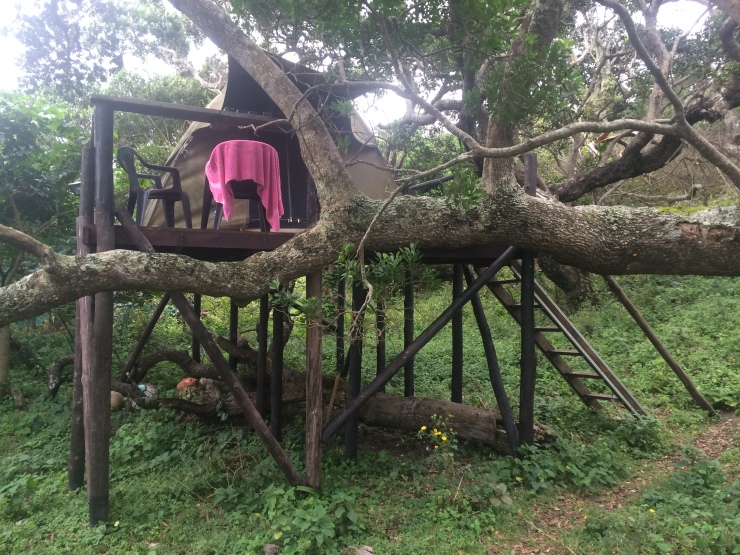