After waking I drove further East along the Vallee du dades It was another good drive and well worth it, so much so that I was inspired to keep going and ended up right across the country at Merzouga.  The second half of the drive was definitely more remote and typical of this part of Morocco. 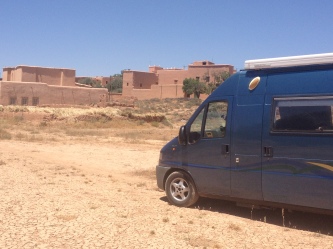 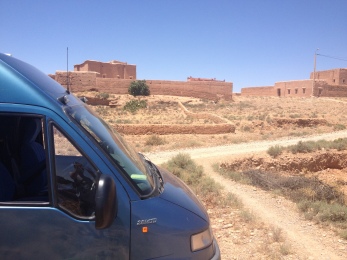 Between the villages and towns…..#lonleyroad #vanlife #campervan #morocco #desert #travel 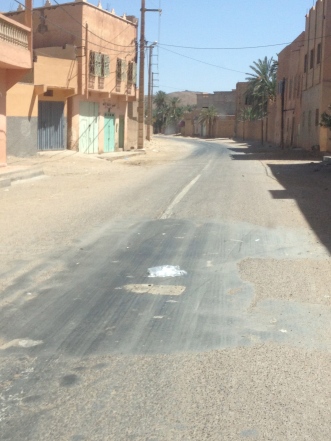 Merzouga is a small village about 50km from the Algerian border, and close to Erg Chebbi, one of two Saharan ergs (wind formed sand dunes).

As i drove through the village I got tailed by a guy on a scooter who followed me for 20 mins before I pulled over.  I anticipated the hassle upfront and deflected with a story that I was meeting friends at another hotel.  He was insistent that I followed him to another campsite but I wanted to check the area myself so politely refused.

To be honest it got frustrating and a bit tiring especially with the heat and long drive, but I reminded myself this is Morocco and this is how it is.  On the flip side, for every hastle I have had, I have genuinely met a decent person who was welcoming, friendly and willing to help.

After some quick research I followed trip advisor and ended up at Auberge Camping Ocean des Dunes. It was a cool place but again completely empty! I found out that this part of Morocco is really out of season and also it coincides with the start of Ramadan for this year. My host is a decent guy and explains that today was the first day of fasting for Ramadan. I feel for him in this heat. It touched 41 degrees today!

I quickly head out into the desert dunes and managed to catch an amazing sunset as the temperature dropped to about 37 degrees.. . . .it was another long day and drive, but I think worth it.  I bet I don’t sleep though, at 10pm it was still 35 degrees in my van….