Thanks for taking the time to read this post. I’m road tripping my way through France/Switzerland/Italy at the moment, sharing back moments through this blog and my Instagram account.

This post is week seven and covers travelling west along the Cote d’Azur.

So far I’ve experienced another 24-hours of torrential rain, been moved on by the police due to a flooding red alert, paid €9.50 for a petit bière in St. Tropez, and had some of the best kitesurfing sessions of the year!

If you wanted to read about my first week on the Cote d’Azur you can see it here. You can also read about what has happened on weeks one, two, three, four, and five, by clicking the links.

But onto week seven…

After the trouble finding good free-camping places/aires through my first week, I’m pleased to say it got easier as I hit Saint-Raphaél.

From here I continued west and stopped at Sainte-Maxime and stayed on my first aire for a while. As soon as I arrived the rain started!

I thought nothing of it until I had a knock on my campervan window at 7am. It was the police. The whole of Var was on orange flooding alert and some of the areas in town, including where I had parked, was on red alert.

Was moved on by the police this morning. Not because I’d illegally camped (actually used an Aire last night – luxury). But the rain is heavy #today and the region of var is back on alert. I’m in Sainte-Maxime at the moment, and all vans have moved to another carpark higher up in the town. Massive thanks to the man who couldn’t speak any English who drove me to where I needed to be. Must be karma at work as I let someone borrow my jump leads again yesterday. Fingers crossed people stay safe! #vigilance #orangealert #flooding #saintmaxime #roadtrip #camper #vanlife #campervan #campervanlifestyle #france #var #cotedazur #beachlife 🤔 #climatechange 🤔 #globalwarming 🤔

It was a moment of genuine panic. The police spoke no English and gave no clue of where to go. I spoke to another man who was parked near to me and he drove me in his car to a spot higher up where it would be better to park. I was very grateful!

Once again I’m putting this down to karma as the day before I had lent someone else my jump leads.  This time a random lady who had a flat battery at a launderette.  That’s twice now. I’ve just left them out for next time…

Joking aside, the flooding has been very bad in this region. This article is a little depressing but touches on what has happened. According to the locals I spoke to, the weather patterns have changed a lot the past 3 years.

Once the rain has subsided I continued west to Saint Tropez.

I’ve got to be honest I had mixed expectations of what it would be like – but I’m pleased to say it was great – although I’m putting this down to it being out of season.

The town was easy to wander. The old citadel was interesting to see. There was life in the streets and bars at night. And there were some incredible boats to dream about. 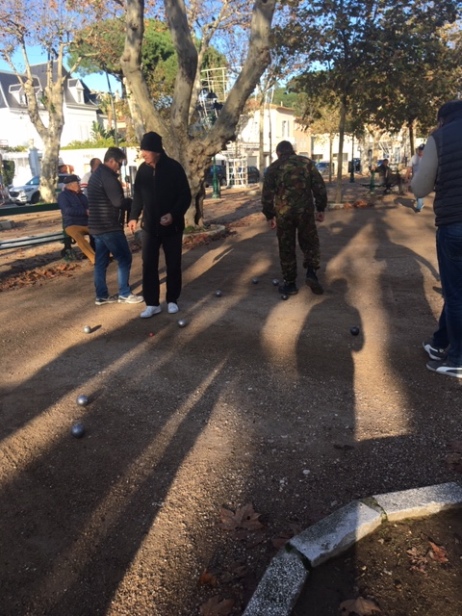 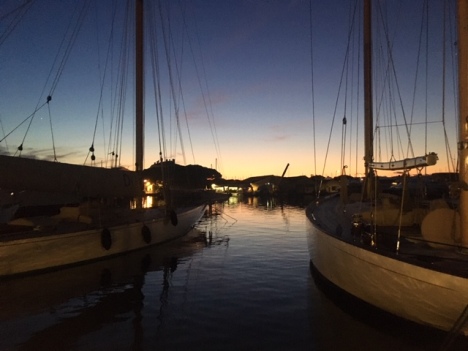 But be warned. This is a playground for the rich. €9.50 for a petit bière is beyond extravagant, as is €5 for a lillé coffee!

Luckily there was an Irish bar down the road which did drinks for a third of the price. Plus the atmosphere was better.

But the real reason I was heading this way was to chase the wind. A few guys I’d met in Antibes had mentioned a few different places to kitesurf and I was optimistic.

I managed a quick session at Pampelone Beach, close to St Tropez.

‘May the wind always be on your back and the sun in your face.’ My dad told me that once. Nice to get another kite session in this afternoon. Wind looks good tomorrow as well. #gratitude #roadtrip #vanlife #camper #campervan #kite #kitesurf #kitesurfer #kitesurfing #pampalona #beach #beachlife #southoffrance #cotedazur #sttropez

And found the pro-riders hitting it hard at A’Lamanarre the next day.

And made it out myself, once the wind had calmed down, for one of my best sessions of the year.

What was really cool about this place was the vibe on the beach. Everyone seemed friends, it was easy going, and there was a definite lack of pretence.

Most were helpful and friendly to me, and a few local riders gave me tips on the best approach to the spot and what time of year is good, as well as other things to do in the area on no-wind days – such as hiking the Giens Peninsula.

Personally, this is what I love about kitesurfing and kitesurfers in general, and I’m wondering I’ll end up returning to this area soon. 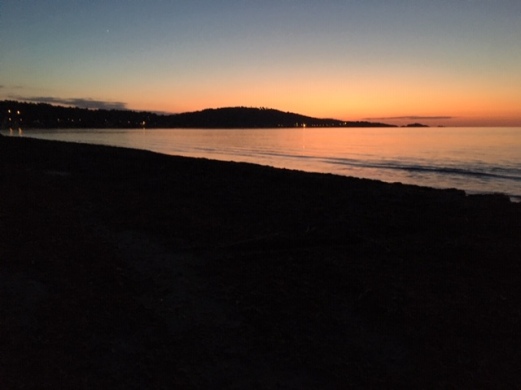 And what’s really good….it’s windy again today and I’m heading out for a session!

Free camping seems easier the further west you go along the Cote d/Azur.  There also seems to be more purpose-built sites/aires for campervans.

Some of the busier resorts along this coastline have been better than I expected – but this is because it is out of season. It may be quieter, but I think you see a relaxed and local side to a place.

Local riders are the key to enjoying a new location safely when kitesurfing. I’ve found most to be helpful and accommodating whilst travelling and exploring new places.

I’d never considered the weather would have such an impact on an area. From now on, with bad weather, I’ll aim to keep an eye on local news as to any warnings that may be in force.

If you enjoyed this post and information, please take a look at my other articles from this adventure.

Even better, consider taking a look at a book I wrote and published last year which tells the first half of a story of transition from a thirty-seven-year-old corporate worker of twenty years, to something very different now.